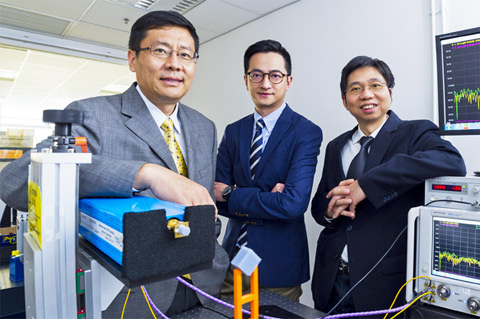 The research team, comprising Dr Steve Wong (Principal Investigator), Prof K W Leung and Prof Quan Xue, has received the grant of more than HK$11 million from the National Science and Technology Major Project for the project titled “TD-LTE Small Dielectric-Resonator Based Station Antennas Development and Industrialization”, funded by the Ministry of Industry and Information Technology of the People’s Republic of China. The research is a joint effort with telecommunications professionals and researchers from Comba Telecom Systems (Guangzhou) Ltd., Jiangsu Jiangjia Electronic Co., Ltd., and Beijing University of Posts and Telecommunications. With the joint research effort, it is expecting that the new antenna’s weight and size are reduced by as much as 50% and will bring about a brand new user experience for the forthcoming 5th generation (5G) mobile networks and beyond. 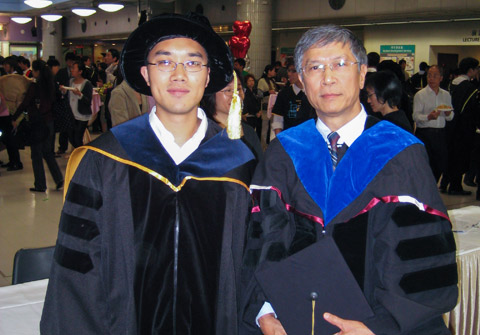 Prof Ron Chen who teamed up with scholars from Southeast University in China has won the Scientific and Technological Award 2016 - First Class (Natural Science) by Chinese Institute of Command and Control (CICC) (中國指揮與控制學會科學技術獎一等獎（自然科學類）). The winning project is titled “Control and Optimization of Networked Multi-Agent Systems: Theory and Applications” (網络耦合系統控制與優化理論及其應用). One of the scholars of Southeast University in China, Prof YU Wenwu, is our PhD graduate in 2010 and was supervised by Prof Ron Chen during his studies with EE. 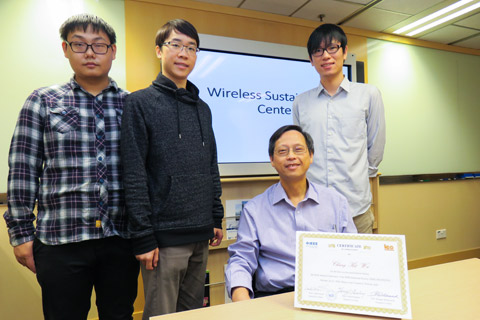 IECON 2016 is the 42nd Annual Conference of the IEEE Industrial Electronics Society, focusing on industrial and manufacturing theory and applications of electronics, controls, communications, instrumentation and computational intelligence. The objectives of the conference are to provide high quality research and professional interactions for the advancement of science, technology, and fellowship. 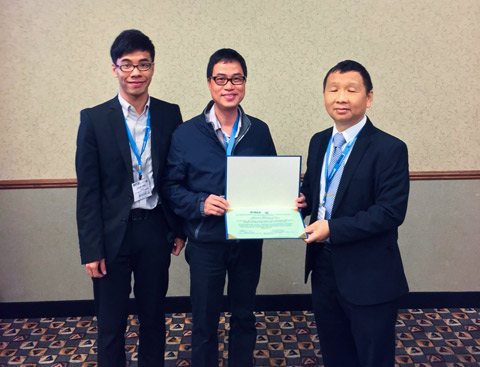 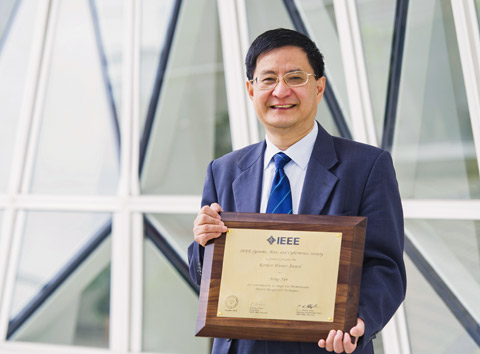 Prof Hong Yan, Chair Professor of EE, has been selected to receive the 2016 IEEE SMC-S Norbert Wiener Award for his contributions to image and biomolecular pattern recognition techniques. The award, which is regarded as the IEEE's highest award in the field of cybernetics, will be presented to Prof Yan at the 2016 IEEE International Conference on Systems, Man, and Cybernetics held in Budapest this October.

The IEEE SMC-S Norbert Wiener award was established in 1980 by the IEEE Systems, Man, and Cybernetics Society in memory of Norbert Wiener (1894 – 1964), an American mathematician and philosopher who taught mathematics at MIT. Wiener is considered the father of cybernetics, a formalization of the notion of feedback, with implications for engineering, systems control, computer science, biology, neuroscience, philosophy, and the organization of society. 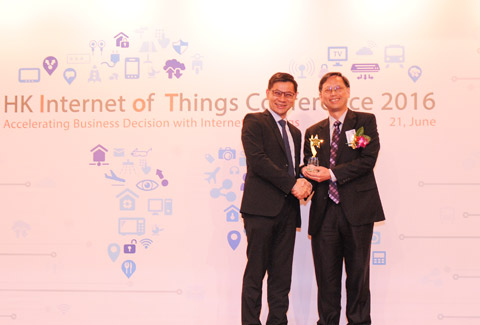 The award is newly established this year to recognize industry individuals who have devoted great efforts in spearheading IoT technology awareness and accelerating adoption in the local community. Winners were selected based on IoT innovations leadership, market impact, creativity, and industry influence. 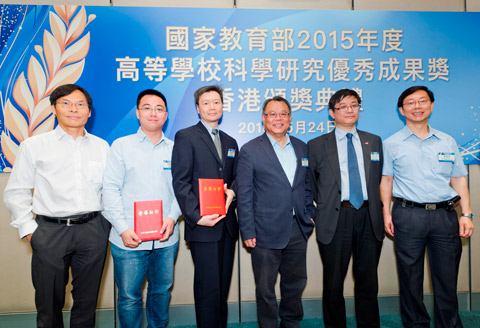 Prof H C So, Professor of EE has won the Second Class Award in the Natural Science category at the 2015 Higher Education Outstanding Scientific Research Output Awards (Science and Technology) from the Ministry of Education. The winning project “Study on High-resolution Methodologies for Fast and Robust Target Localisation” is a collaborative research project with scholars from Xidian University and Shenzhen University.

The Higher Education Outstanding Scientific Research Output Awards (Science and Technology), which were set up by the Ministry of Education, are presented annually to recognize outstanding achievements in fundamental and applied research of natural science conducted by scientists.