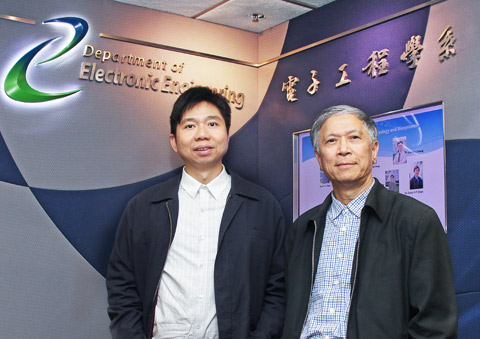 Prof K W Leung and Prof Ron Chen have won the First and Second Class Award in the Natural Science category at the 2016 Higher Education Outstanding Scientific Research Output Awards (Science and Technology) from the Ministry of Education of the People’s Republic of China.

The Higher Education Outstanding Scientific Research Output Awards (Science and Technology), which were set up by the Ministry of Education of the People’s Republic of China, are presented annually to recognize outstanding achievements in fundamental and applied research of natural science conducted by scientists. 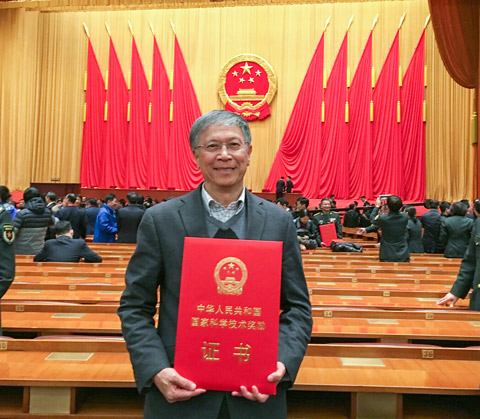 Prof Ron Chen has won the Second-class Award under the 2016 State Natural Science Award (SNSA) for the project titled “Complex network synchronization, control and identification theories and methodologies” (複雜動態網絡的同步、控制與識別理論與方法), which is a joint research with four scholars from Chinese Academy of Sciences, Southeast University in China and Wuhan University.  One of the scholars, Prof YU Wenwu (Southeast University in China) is our PhD graduate in 2010 and was supervised by Prof Ron Chen during his studies with EE.

This is the third time that Prof Chen has won the SNSA – the most prestigious award in the field of natural science, bestowed by the State Council of the People’s Republic of China in recognition of individuals and organizations that have made outstanding contributions to the scientific and technological progress.  Prof Chen received the same award in 2008 and 2012.