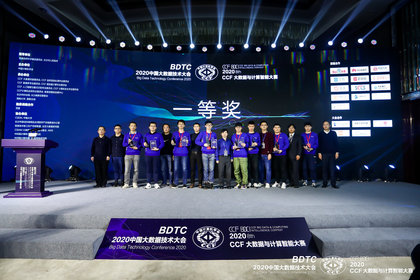 Mr Zheng Shaomian (MScMIT), who teamed up with a member from a company in China, has won the First Prize in The 8th CCF Big Data & Computing Intelligence Contest. The winning project is titled "Private Information Extraction Model based on Multi-stage Fine-tuning and Pre-training".

The contest was organized and launched by China Computer Federation in 2013 which aims to promote the development of big data and computing intelligence and nurture quality talents for the field. There were 1483 teams joined the contest to attempt different questions and 5 teams were shortlisted for each question for entering the final. Mr Zheng outcompete the other 4 teams in his chosen question and won the First Prize.